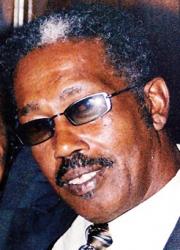 He was born in Hickory Grove and was a son of the late George and Lois Reid Tate. Marvin was a graduate of Jefferson High School in York and Cleveland Technical College in Shelby, N.C. He was a veteran of the U.S. Air Force and an Associate Pastor of Mt. Tabor Baptist Church.

Surviving are his wife, Mary Jo Jamison Tate of the home; sons, Maurice (Tarsha) Tate and Lee (Angie) Green, all of York; a daughter, Alicia Tate of Blacksburg; two brothers, J. Walter (Gloria) Tate of Gaffney and Luther Tate of Blacksburg; a sister, Ida McCaw of Sharon; six grandchildren; one greatgrandchild; and motherand father-in-law, Dorothy and Jesse Jamison of Sharon.

Funeral services will be held Thursday, Jan. 30, at 3 p.m. at Mt. Tabor Baptist Church with the Rev. Darrell W. Smith officiating. Military rites and interment will follow in the church cemetery. He will be instate in the church Thursday at 2 p.m. 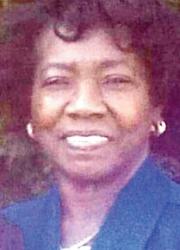 She was born in Cherokee County and was a daughter of the late Welton and Ara Scott Bonner.

Surviving are three sons, Warren, Timothy and Stephen Powell, all of Lynn, Mass.; a brother, Ernest Bonner of Gaffney, Juanita Bonner of Bronx, N.Y., and Gwen B. Lipscomb of Lynn; and eight grandchildren.

Funeral services will be held Tuesday, Jan. 28, at 11 a.m. at First Baptist Church in Saugus, Mass.

Arrangements by Goodrich Funeral Home of Lynn.
(Courtesy of The Gilmore Mortuary.)

Born in Gaffney, he was the son of Tinnie T. Wilkins of Gaffney and the late Eskridge Coleman.

He was an outstanding drum major and 1968 graduate of Granard High School, a member of Mt. Tabor Baptist Church, and a U.S. Army veteran.