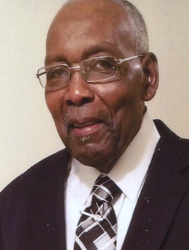 Husband of Helen Hughes Butler, he was born in Cherokee County and was a son of the late Nelson Butler, Sr. and Ella McCollum Butler.

Nelson was a member of Marion Avenue Church of Christ where he served as Bible Study teacher and former Church Treasurer.

He was a graduate of Granard High School, a veteran of the U.S. Army and Vietnam War, and a retired employee of Overnite Transportation Company.

In addition to his wife, he is survived by two sons, Pete Butler and Nelson Butler,

Funeral Services will be Tuesday, March 1, 2016 at 1 p.m., in The Gilmore Mortuary Chapel with Brother King Littlejohn officiating. Interment will follow in Oakland Cemetery.

Wife of Geoffrey Greene, she was born in Spartanburg and was a daughter of Katie B. Valentine and the late Lawrence Hughes, Jr.

Sonya attended Word of Deliverance Church and was a manager at Taco Bell in Spartanburg, SC.

Services will be Saturday, February 20, 2016 at 2 p.m., in The Gilmore Mortuary Chapel with Rev. Floree Copeland officiating.

Patrick Rashad Butler, 27, of 203 Edgewater Drive, Gaffney, entered eternal rest on January 14, in LA County, California. He was the son of Helen Kay Butler of the home and Laurice Sims of Cowpens.

He was a member of Church of Christ, a 2006 graduate of Gaffney High School, and an employee of Commercial Vehicle Group, Kings Mountain, NC.

Services will be Wednesday, February 10, 1 p.m., in The Gilmore Mortuary Chapel with Brother King Littlejohn officiating. Interment will follow in Gaffney Memorial Park.