She was a member of Piney Grove Missionary Baptist Church in Cowpens.

In addition to her parents, Annie was preceded in death by two brothers, John B. Dawkins and Sammy Lee Dawkins.

Funeral Services will be Thursday, 2 p.m., in Piney Grove Missionary Baptist Church with Dr. C. Dennis Rector officiating. Interment will follow in the church cemetery.
She will lie in state in the church Thursday at 1 p.m. 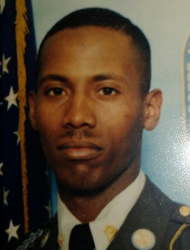 Michael Rivers Woodson was born in Union County and was a son of Bernice Woodson of Jonesville.

Early in life, he accepted Christ as his personal Savior and joined Bethany Baptist Church. He was educated in the public schools of Union County and was a 1982 graduate of Jonesville High School. After graduation, Michael joined the United States Army. He served for six years from 1983 to 1989 and was stationed in Germany, Ft. Hood, Texas, and Ft. Knox, Kentucky. At the time of his passing, he was employed as chemical processing operator at Kemira Chemical Company in Florida.

Michael was an avid Carolina Panthers football fan and would always wear his Panther’s colors.

Michael entered eternal rest on October 5, 2016. He was preceded in death by his devoted grandmother, Eddie Lee Woodson, and his aunt, Lillie Mae Littlejohn.

Homegoing services will be held Saturday, October 15, 2016 at 12:00 noon at Bethany Baptist Church of Jonesville, SC with Reverend Anthony Wilson, Pastor, officiating. He will lie in state at 11:00am. 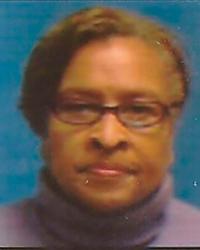 She was born in Gaffney and was a daughter of the late James and Sylvelia Butler Crosby.

Nancy was a 1960 graduate of Granard High School and received a B.S. Degree from University of South Carolina Upstate.

She was previously employed at Hoechst Fibers and Nestle Corporation. Nancy was of the Catholic Faith.

In addition to her parents, she was preceded in death by two brothers, Clifford Crosby and Gary Crosby.

Funeral Services will be Friday, 11 a.m., in The Gilmore Mortuary Chapel with Reverend McCafferty officiating. Interment will follow in Gaffney Memorial Park.

The family is at the home of Judy Horton- Belcher, 609 Hetty Hill St.