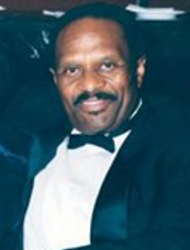 He was born in Greenville County and was a son of the late Jessie Boyd Finley and the late Evelyn Starks Finley.

She was born in Cherokee County and was a daughter of the late Ebb and Bessie Linder Davis. Clara was a former member of Mt. Sinai Missionary Baptist Church in Gaffney. After moving to Cincinnati, Clara joined Inspirational Baptist Church.

Clara was first married to Robert Posey. After his death, she later married Lorenso Davis who also preceded her in death.

She was also preceded in death by a brother, George Davis; three sisters, Rebecca Davis, Ezera Thompson, and Alice Davis.

The family will receive friends Saturday, January 14, from 1 p.m. to 2 p.m., in The Gilmore Mortuary. Interment will follow in Gaffney Memorial Park with Rev. C.A. Wallace officiating. 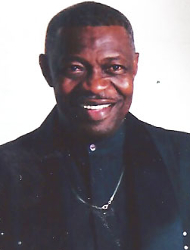 He was born in Spartanburg County, South Carolina on July 30, 1948, and was a son of the late Otha Crawford and the late Rosa Lee Thompson White.

Robert was a 1966 graduate of Foster Grove High School. He furthered his education at Rutledge College, Clemson University, University of South Carolina, and Converse College. He was a veteran of the U.S. Army, retired materials manager of Arrow Automotive, former High School Basketball Coach, baseball and basketball player, and co-owner of Carolina Crank and Core.

He was a member of Brooklyn C.M.E. Church where he served in many capacities, including: Steward Board, Life Center Committee, Sunday School Teacher, The All Male Choir, and The Young Adult Choir. Robert was also a member of The Sunlight Gospel Singers and former member of The Golden Trumpets.

He was dedicated to his family, church, and community. His concern for Senior Citizens was evident when he planned excursions for them and delivered dinner to them on Thanksgiving Day.

Funeral Services will be Wednesday, January 11th at 1pm in Brooklyn C.M.E. Church of Chesnee, SC. Rev. Timothy L. Hunter will be the eulogist. Interment will follow in the church cemetery.