She was born in Blacksburg and was a daughter of the late Coot and Evvie Hardin Ross.

Christine was a member of St. Peter Missionary Baptist Church in Grover, NC. She was a graduate of Granard High School, Gaffney and York College, Queens, NY. She was a Licensed C.N.A., and a retired Postal Police Officer with the U.S. Postal Service.

She was first married to Preston S. Atkinson who passed away in 1981. She later married Jones O. Johnson who died in 2005. Christine was also preceded in death by two children, Larry Ross and Elizabeth Atkinson; and three siblings, John W., Albert C., and Emmanuel Ross.

Visitation will be Thursday, 11 a.m. to 12 noon in St. Peter Missionary Baptist Church. Funeral Services will follow with Rev. William Thompson officiating. Interment will be in Clingman Memorial Gardens in Blacksburg.

The family is at 304 Whisonant Street, Blacksburg.

Husband of Minister Mary Jefferies Boozer, he was born in Spartanburg County and was a son of the late Albert and Thelma Wellman Boozer.

Rev. Boozer was a member and Associate Minister of Indian Hill Baptist Church. He was a veteran of the United States Marines, an employee of UPS, and a member of the International Brotherhood of Teamsters.

Funeral Services will be Thursday, February 8, at 1 p.m. in Indian Hill Baptist Church.

The family is at the home of Rev. Mary Jefferies, 205 Serene Drive. 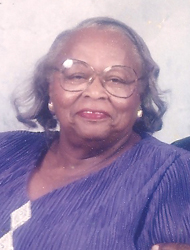 Widow of Charles M. Graham, she was born in Spartanburg County and was a daughter of the late Abraham and Cora Montgomery Jones.

She was a member of Limestone Missionary Baptist Church where she served as a deaconess, Sr. Choir Member, former Secretary of the Adult Sunday School Class, and former member of the Flower Committee. She was a member of Virgin Mary Chapter 192 Order of the Eastern Star.

Surviving are two daughters, Betty Edwards and Ella Gulent, both of Gaffney; three granddaughters, Tina, Glenda, and Paula Edwards, all of Gaffney; a sister, Mary McCoy of Greer; nieces; nephews; other relatives and friends.

Funeral Services will be held at 1 p.m. Tuesday, February 6 in Limestone Missionary Baptist Church with Rev. Michael Golden officiating. Interment will follow in Gaffney Memorial Park. She will be in state in the church Tuesday at noon.

The family is at the home of Betty Edwards, 152 Camellia Circle.