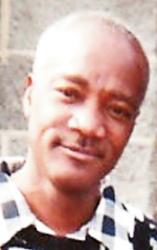 Born in Cherokee County, he was the son of the late J.D. and Cora Wood Oglesby. He graduated in 1973 from Gaffney High School and was a former employee of The Gaffney Ledger. Early in life, he joined Philadelphia Baptist Church.

In addition to his parents, he was preceded in death by a son, Joseph Sherall Oglesby; two sisters, Hattie Mitchem and Minnie Lee Gibbs; and a brother, Charlie James Oglesby.

Funeral services will be held Monday, March 16, at 1 p.m. in The Gilmore Mortuary Chapel with the Rev. Kenneth Mitchem, Dr. Michael A. Bridges, the Rev. Pittman Harris and the Rev. Clarence Davis officiating. Interment will be in New Mount Zion Baptist Church Cemetery.

The family is at the home of Quintina Crosby, 303 Serene Drive.