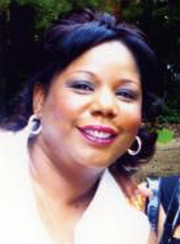 She was born in Brooklyn, N.Y., and was a daughter of Catherine Ross Jones and the late Marion Jones Jr.

Funeral services will be held Saturday, April 12, at 2 p.m at St. Peter Missionary Baptist Church, Grover, N.C., with the Rev. William Thompson officiating and the Rev. Lewis Duckett Jr. delivering the eulogies. Interment will be in Clingman Memorial Gardens, Blacksburg.

The family is at the home of her mother, Catherine Jones, 103 N. Chester St., Blacksburg.