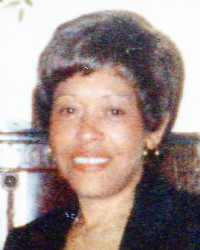 Jeanne Y. Cowsen Bunn was born on February 16, 1940 in Birmingham, AL. She was the first of four children born to Gladys Blakley and Henry Cowsen. The family moved to New York in 1942. Jeanne was raised and attended catholic school in Brooklyn, NY.

Jeanne met and married her high school sweetheart and the love of her life, Warren J. Bunn, Jr. From this union, two sons were born, Michael Anthony and David Wayne. Jeanne and Warren lived in Queens, NY for fifty-five years until his death in 2011. Not wanting to remain in NY, Jeanne relocated to Gaffney, SC in 2012 to be near her sister.

After a short illness, Jeanne was called home to heaven on February 7, 2014 in Gaffney, SC. Besides her husband, she was preceded in death by one son, Michael Anthony Bunn.

Left to cherish loving memories are her son, David Bunn; a sister, Gladys Shuff (John); a brother, Henry Cowsen, Jr.; a grandson, Justin Bunn; a granddaughter, Amanda Bunn; a grandson, Jaden Bunn; nieces, Joanne Taylor, Lena Johnson, and Shantá Boyce; and a host of great nieces, nephews, cousins, and friends.
May Jeanne rest in peace with her loved ones.