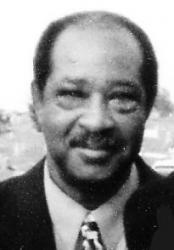 Husband of June Adams Johnson, he was born in Cowpens and was a son of the late Fraygious and Garrie Mayes Johnson. He was a Baptist and a retired employee of Elmhurst Hospital in Queens, N.Y.

Funeral services will be held Saturday, July 25, at 11 a.m. at The Gilmore Mortuary Chapel with the Rev. Timothy L. Hunter officiating, assisted by the Rev. Lizzie Bridges.