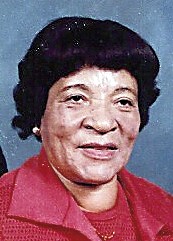 Widow of Roscoe Whitesides, she was born in Waco, N.C., and was a daughter of the late Herbert and Gertrude Corry Howell Smith. She was a member of Hopewell Presbyterian Church, where she served as a Girl Scout leader.

On June 1, 1962, she graduated in the first nursing class from Granard High School of Practical Nursing and began a career as a Licensed Practical Nurse at Cherokee County Memorial Hospital. After retiring, she served as a Homemaker Health Aide under the auspices of Cherokee County Services to the Aging.

Funeral services will be held Monday, April 7, at 11 a.m. at Hopewell Presbyterian Church in Blacksburg with the pastor, Rev. Anitonette Gardner, officiating and Rev. Chineta Smith Goodjoin delivering the eulogy. Interment will follow in the church cemetery.