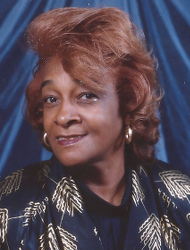 Wife of James Carr, she was born in Cherokee Falls and was a daughter of the late Thomas and Sarah Gaston Simmons. She was a 1957 graduate of Granard High School, a member of Limestone Missionary Baptist Church and a retired radiology film librarian.

Funeral services will be held Wednesday, May 6, at 1 p.m. at Limestone Missionary Baptist Church with the Rev. Michael Golden officiating. Interment will be in Robinson Chapel Cemetery in Blacksburg. She will lie in state from noon until the service hour.