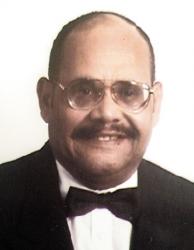 Stanley Jackie Selkirk, 74, of 226 Louis Lane, a native of Cincinnati, Ohio, was born July 20, 1939, one of five children born to Pearl Scott. He spent a large part of his youth in Lawton, Okla., starting in 1948 when his stepfather was stationed with the military at Fort Sill, Okla. He attended Douglass Elementary School and graduated from Lawton High School with the Class of 1958 with further studies at Cameron University, in Lawton. Stan met and married Lois J. Mims on Dec. 26, 1962, in Chandler, Okla. This union was blessed with a daughter, Jacquelyn.

A veteran, he proudly served his country honorably in the U.S.Army from 1958 and retired in 1978, having attained the rank of Sergeant First Class. During his military service, he served in the Vietnam War and received many accolades and awards including the Vietnam Service Medal with 3-Service Stars, the Republic of Vietnam Campaign Medal, Republic of Vietnam Gallantry Cross Unit Citation with Palm, two Overseas Service Bars, the Good Conduct Medal – 4th Award, National Defense Service Medal, Drill Sergeant Identification Badge and Expert Rifleman. After military service, he was employed by Goodyear Tire & Rubber Company in Lawton, retiring after 12 years. He was also employed by the Commissary Sales Store at Fort Sill and retired after 11 years. He enjoyed many years of volunteer service with the Vietnam Veterans of America, Fort Sill National Cemetery in Elgin, Okla., the American Red Cross, and at Bethesda Naval Hospital in Bethesda, Md.

Stan accepted Christ early in life and in 1972, he united with Bethlehem Baptist Church under the pastorate of the late Rev. O.B. Davis and served as an ordained deacon for many years. Having moved to South Carolina in 2011, he joined the Concord Baptist Church in Gaffney, where he faithfully attended Sunday School, Bible Study, and served with the Ushers Ministry of the church.

Stanley entered eternal rest Friday, Aug. 23, 2013, at home in Cowpens, where he resided with his daughter and son-in-law, following a brief illness. His wife, Lois J. Selkirk, his mother and stepfather, Pearl and Charles Scott, a brother, Russell Taylor, and a sister, Georgia Selkirk preceded him in death.

Cherishing his memory are the survivors: his daughter and son-in-law, Jacquelyn and James Bridges of Cowpens; two grandsons: Jalen Underwood of Kennesaw, Ga., and Joshua Bridges of Cowpens; two sisters, Annabelle Murray and Missouri Riddle, both of Cincinnati, Ohio; his brother-in-law, William Murray of Cincinnati; a host of nephews and nieces, cousins, other relatives, friends, and his loving church family who will dearly miss him.

Funeral services will be held on Saturday, Aug. 31, at 10 a.m. at Concord Baptist Church with Dr Michael A. Bridges officiating. Interment with full military honors will follow in the church cemetery. He will lie in state from 9-10 a.m.

Donations in memory of Stanley to the Vietnam Veterans of America are appreciated. To donate go to vva.org/support.html or call 1-800-882-1316 ext. 113.