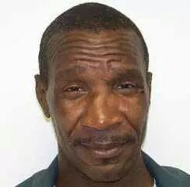 He was born in Cleveland County and was a son of the late Rev. Aron Johnson, Sr. and Lydia Borders Johnson-Gregory.

In addition to his parents, he was preceded in death by four siblings, Jackie, Johnny, Alexander and Cathea.

Funeral services will be Monday, 3:00 p.m., in Grace Community Baptist Church in Shelby with Dr. Joseph Sanders-Parks officiating. Interment will follow in Gaffney Memorial Park. He will lie in state Monday from 2:00 p.m. to 3:00 p.m. in the church.

The family is at the home of Lydia and Chad Williams, 6026 Emerald Lane, Shelby, NC.