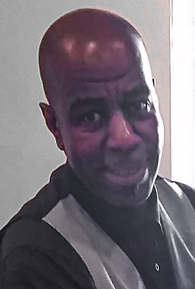 He was born in Gaffney and was a son of Frederick Spruill, Sr. and the late Thelma Tate Spruill.

He was a 1984 graduate of Gaffney High School and 1989 graduate of South Carolina State University, Orangeburg, SC.

Roger was a member of Philadelphia Baptist Church. He was employed as a train operator for Metropolitan Transit Authority, New York City.

In addition to his father, he is survived by his wife, Bevaley Brizan-Spruill of Brooklyn, New York; a sister, Regina Spruill of Charlotte, NC; 2 brothers, Samuel Armond of Plymouth, NC and Frederick Spruill, III of Plymouth, NC; aunts, uncles.

Funeral Services will be Saturday, 2:00 p.m., in Philadelphia Baptist Church with Rev. Danny Burnside officiating. Interment will be in the church cemetery.