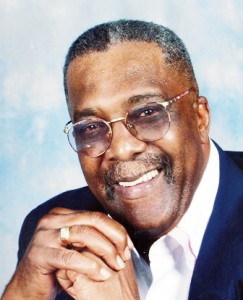 Husband of Barbara Patton Rodgers, he was born in Gaffney and was a son of the late Wilbert and Helen Sarratt Rodgers.

He was a 1964 graduate of Granard High School and a graduate of Spartanburg Methodist College with an Associate Degree in Criminal Justice. He also attended Morris College in Sumter.

Donald was an Army veteran of the Vietnam War. In 1978, he was employed by Norfolk Southern Railroad Company and in 1985 he transferred to Amtrak, where he retired as a conductor. He was a member and Associate Minister of Green Bethel Baptist Church.

Donald was preceded in death by a brother, Billy, and a sister, Diane.

In addition to his wife, he is survived by three sons, Marc Rodgers of Manteca, CA, Brian Rodgers of Miami, FL, and Billy Rodgers (Tamika) of Gaffney; a daughter, Tania Gill-Worsley of Charlotte, NC; a sister, Dorothy Person (George) of Gaffney; 11 grandchildren; and a sister-in-law, Sherry Rodgers of Gaffney.

Funeral services will be held Saturday, May 17, at 1 p.m. at Green Bethel Baptist Church with the Rev. Mills McHam officiating. Military Rites and interment will follow in Gaffney Memorial Park.