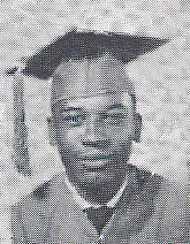 He was born in Gaffney, South Carolina on March 27, 1932 to Lewis and Alice Goudelock Tate.

Samuel was a 1951 graduate of Granard High School, a graduate of Morgan State University in Maryland, and a veteran of the United States Army, where he attained the rank of Lieutenant.

“Uncle Sammy,” as he was affectionately called, was the youngest of twenty children born to Lewis Tate.
His parents and siblings preceded him in death.

Funeral Services will be Tuesday, April 17, 2018 at 3:00 p.m. in the The Gilmore Mortuary Chapel with Rev. L.D. Dawkins, Jr. officiating. Interment will follow in the Gaffney Memorial Park.

He will be in state in the chapel Tuesday at 2 p.m.