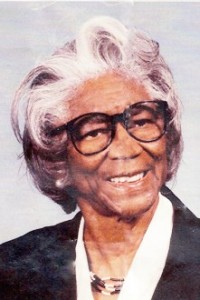 Widow of Harry Gist, she was born in Cherokee County and was a daughter of the late Paul and Ressie Harris Rodgers. She was a member of Second Calvary Baptist Church.

(Courtesy of The Gilmore Mortuary.)